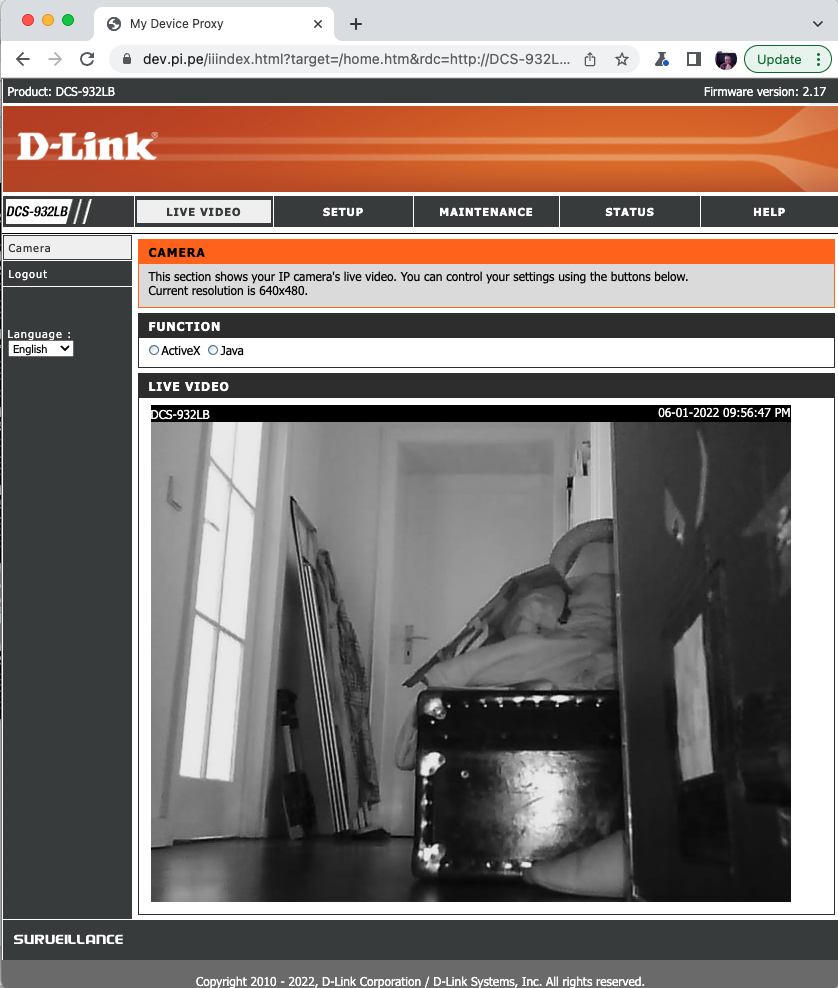 You have an IoT device that sits behind NAT (which is true of allmost all IoT) - it might be on a domestic wifi or on a 4/5g network. Imagine you want to access it remotely - say via it’s built in webservice.

How can you best go about this?

Here are some established ways.

In effect give the device a public IP address. This looks simple, but in practice it isn’t because:

In theory you can arrange for your device to get a global IPV6 address.

Your device makes an outbound connection (often a websocket) to a ‘twin’ in the cloud. Users use a web service (or mobile app) to change the state of the twin, which periodically syncs with the real device. This is the current ‘best practice’ advised by the cloud providers. However:

All your devices join a VPN - giving them additional IP addresses that are reachable by your users - provided they also join the same VPN. It has the benefit of encrypting the traffic too.

As you can see none of these established ways are ideal - they all have pros and cons. None of them are especially user friendly.

So is there a better way?

|pipe| has a new solution to this problem

We use WebRTC datachannels to ‘proxy’ web (and other) traffic from an IoT device up into the browser of an authorized user. We have built a fresh webRTC implementation targeting IoT hardware, which acts as a secure protocol proxy between local (on device) services and the user’s smartphone browser. This has a nice bunch of properties:

This last point is really useful in the context of remote security cameras etc. With |pipe| you can have a live low latency video feed into a users browser and a proxy channel to the builtin UX. Just like being on the local LAN - but with better security and no messy setup. With |pipe|’s lend-borrow QR transaction you can also easily grant short term access to a second user - a subject matter expert perhaps.

I won’t go into technical depths here, but I will say that the solution is standards based and uses the latest browser capabilities (e.g. service workers, webRTC certificate managment and transferable streams) to achive it.

And here’s a block diagram of how it works. 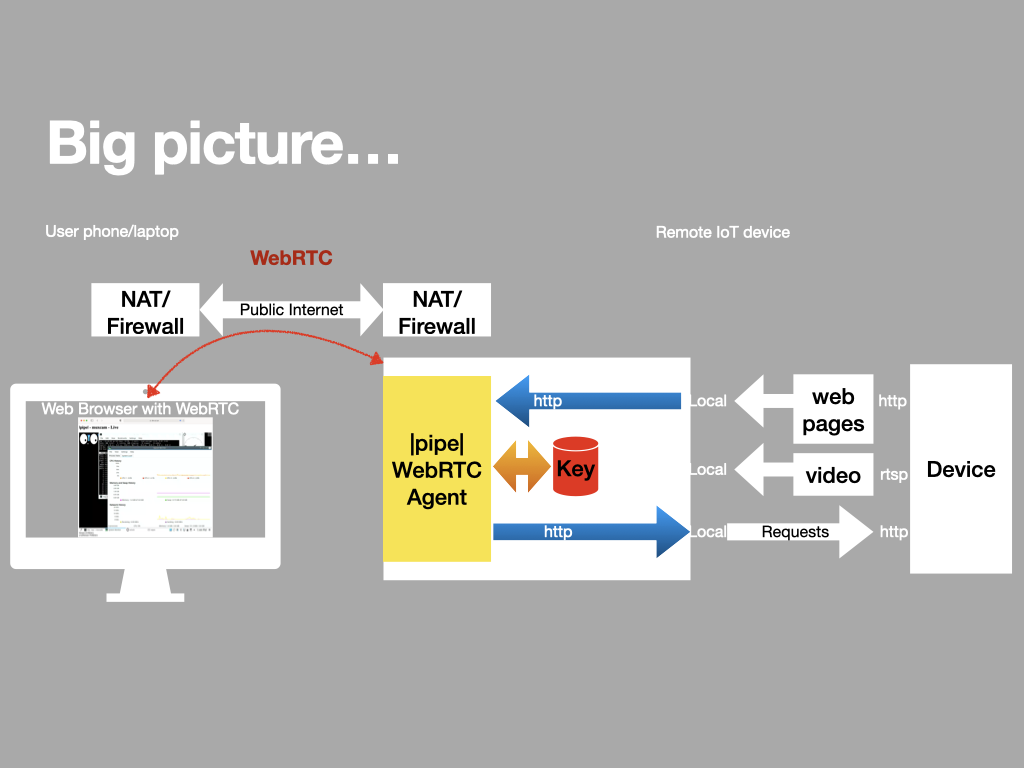 Why a VPN isn't always the right answer...

Welcome to our blog!

Welcome to the |pipe| blog

An experiment in security by design

Elbsides - building a secure WebRTC based KVM with a raspberry pi

The future of WebRTC

The future of WebRTC